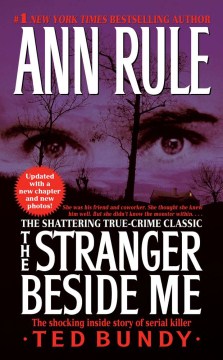 This book is a detailed account of Ted Bundy's life. It was written by one of his best friends when he was working at a Crisis Hotline in Seattle. There are almost two stories going on at once, the one about Bundy, and the mystery of the attacked, missing, and murdered women In Washington, Colorado, and Utah. The two don't seem to have any linkage between them, until one woman comes forward. From there on out, Bundy is suspected. It gives details from his trial and how he came to be one of the most notorious serial killers in America.