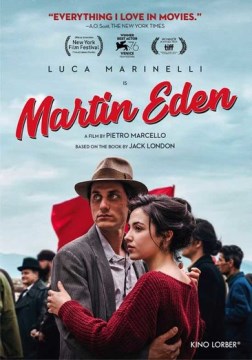 Capitalism and the aristocrats, P1 of 2:

You're a liberal, or am I wrong?
- You're not wrong. My family has been liberal for generations.
And Mr Orsini says the same about himself. You are convinced that the best economic system is the free market and you see yourselves as supporters of meritocracy and competition. Yet you are in favor of laws that weaken their vitality. You have regulated commerce, you have placed limit's on mergers between industrial groups. You have allowed the State to support and financially favor... national industry.
- You see, I don't know where you studied political economy. I guess in a ship's cargo hold. But these are laws against monopolies, necessary to increase employment. Are you against this? I can't imagine why. If you are not, I can't see your point.

Capitalism and the aristocrats, P2 of 2:

It's not about me. My point is that it is not me but you who are suffering from socialism. It's you who pass socialist measures; socialism is in your ideas, not in mine. I haven't been infected. I'm against socialism and against the farce of democracy that you claim to represent.
-Don't exaggerate.
You promote traders and shopkeepers... only interested in getting rich like pigs. And you call these people liberals. But liberalism doesn't exist in your world. It has never existed.
It's a mistake. Because the world belongs to the true individuals, to the aristocrats, to the great blond beasts who never stop, who don't accept compromises who will devour you, socialists-afraid-of-socialism, you, who consider yourself individualists. I know that you don't understand anything and I won't disturb you any longer. But remember one thing.
There are probably five or six true individualists in town, but one of them is Martin Eden.

So the world is stronger than me. Against it's power I have nothing but myself, which, in any case, is quite something. For as long as I don't let myself get overwhelmed, I am also a force. And my force is fearsome as long as I have the power of my words to counter that of the world. Those who build prisons don't express themselves as well as those who build freedom.
===

Philosophy was born because the Ancient Greeks were able to avoid physical labor thanks to their slaves who allowed them to devote themselves exclusively to thought. Russian literature... Great Russian literature from the XVIII century came to life thanks to a group of young aristocrats who loved the people and were raised with milk coming from enslaved wet nurses... So we ask our government that a percentage of the income coming from culture and knowledge be destined to slaves and servants whose work allowed said culture and knowledge to develop.

I'm better off homeless. Better a live tramp than a dead slave.
===
Socialism is inevitable. The slaves have now become too many. Anything is preferable to those pigs that govern now.
===
So, tell me about your fiancée.
-She's so beautiful.
Beauty, but no brains.
-Don't you dare!
The wife of the grocer is vile. But she still gives me credit.
===
Life disgusts me. I've lived it so intensely that I don't feel desire for anything else. If I could still desire something, I'd want you. But now I'm certain that I cannot. You never trusted me. You were ashamed of us. Look. I wish I was like your kind, spoke like your kind, thought like your kind. A dog by your side! A nice dog you can walk around!

Go to sea, stay among the people, travel the world, Martin.
-I can't. I love Elena. I'm tied to her.
"I love Elena!" You live in a fairy tale, Martin: "The Princess and the Sailor." Find a woman who will look after you and who accepts you for what you are.
===
Man has always had a master. And this master is either nature or another man. That's what I see all around me: slaves. Slaves for hundreds and thousands of years. Children of slaves, grandchildren of slaves, descendants of slaves who have never worked without a master. Can you deny it? It's the law of evolution: healthier, stronger individuals, better organized and possessing power and slaves, control the weaker ones.

I'm warning you, Martin. Don't waste time. How many people do you see starve to death or go to jail because they're nothing else but wretches, stupid and ignorant slaves? Fight for them, Martin.
===
You dream of a society in which this law is abolished and where individuals are emancipated by the State. But how is it possible to abolish a natural law with a moral law? The aims are right: social justice, freedom. But to whom are they applied? To Society in general. And individuals?
===
What role do they have in your new Society? You can't pay attention only to the collective. So what? So, as soon as a society of slaves starts to organize itself, without any respect for the individuals that compose it, so it's decline begins. The strongest among them will be their new masters. But this time they'll do it in secret through cunning scheming, flattery, coaxing and lies and worse than what your bosses do to you today. No society that ignores the law of the evolution can last.

I gave this two and half stars because I didn't finish watching. Which only says it didn't hold my interest. The characters did not appeal to me. I wish I could say something more helpful!

The Italian film maker succeeded to adapt this all American story seamlessly with all European elements, quite a feat indeed. Agree with the NPR review completely:

Martin Eden is now regarded as one of Jack London's greatest achievements. It's the most autobiographical of his novels — the rise-and-fall story of an uneducated sailor who falls in love and achieves fame as a writer, only to become deeply disillusioned by his own success. It's also an intensely political work, full of London's pessimistic ruminations on individualism, socialism and the eternal struggle between the proletariat and the bourgeoisie…