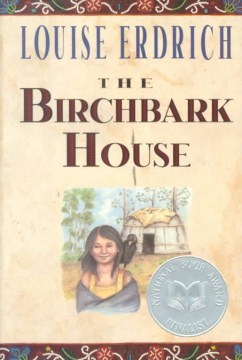 Other than the very beginning - which leaves you wondering - the entire book is written from the perspective of Omakayas. Don't worry - your wondering is satisfied in the end! It is an interesting counterpoint to Little House on the Prairie - reading both and discussing the similarities and differences might be interesting. #PACL2019

I loved the story of Omakayas and her family.
I can't wait to read it to my granddaughter when she gets a little older, about Omakayas's age, 7 or 8. Louise Erdrich is one of my favorite authors and I am so glad she wrote a series of stories for children. However, I believe it is a family story that everyone in the family would enjoy if the children are at least 7 or 8. (As a child, I never cared for the Little House on the Prairie books. It might be in part because I didn't grow up in the midwest. I don't know.) But I do know that this story is written with depth and love for the indigenous people on the island.

The characters feel very real, especially when accompanied by the author's own illustrations. Each member of the extended family is carefully drawn, though Omakayas, during the year of her seventh winter, is the real focus of the story. There's plenty of drama, though it's subtle, as real life is. The story is based on the history of the author's own family, members of the Ojibwa tribe, who lived on the Island of the Golden Breasted Woodpecker in Lake Superior in the mid 19th century. In her introduction, she says she intends to write a series of books about this family. I hope she did. A reasonably good reader could handle this on her or his own; younger children would love having it read to them, and learn a lot from the story, with its humor and tragedy.

I thoroughly enjoyed this book. It had a lot of interesting information about the culture of the Ojibwe tribe. Part of the story was sad, but that was the reality of those times. I liked the way Omakayas was so open with the reader about her thoughts and feelings. I would highly recommend this book to a third through sixth grade reader.

The Birchbark house is a splendid book. It's about a girl who lives in a place where she must collect her own food by hunting or picking berries. As the story goes along, the girl faces hardships, such as hunger, and cold. This book is sad, but also very interesting and engaging. I think that anyone who reads this story will love it, just like me!

Poetic writing style. Lovely illustrations. Reminds me a bit of Ignatia Broker's Night Flying Woman, which I also like. Sensitive portrayal of a child's grief & depression when a sibling dies.

I read this book to my 7 year old. The protagonist is 8 years old, so seemed appropriate. We both loved the book and I cried too, it was so moving. Always nice to read about completely different lives to our own and especially important for children.

This book is a great antidote to the “Little House” books. It tells the story of Omakayas and her family during a time of great upheaval for the Ojibwe people. It drew me in and kept me.

This was the best book I've read this year! The story is engaging and informative. Excellent read!